The Writings of Elder S. A. Paine

The Writings of Elder S. A. Paine

Elder Paine was one of Texas’ most recognizable and able ministers of his day. While his time on this earth was short, the impact he made continues to this day. As was said of Abel in the word of God, “he being dead yet speaketh.”

Elder Paine’s style was indicative of the time in which he lived – it was a rough time economically, and in many ways Texas was still in somewhat of a pioneer status. As such, Elder Paine’s words to us today may seem unkind; however, for those that knew him and recognize that day, he was a very kind man.

In his writings you’ll find many defenses against the doctrine we know as “Campbellism,” of the doctrine of the denomination called “Church of Christ,” followers of Alexander Campbell. In Elder Paine’s day it was common for our ministers and the ministers of the “Church of Christ” to hold public debates and engage in written debates that were published in religious publications. “Campbellism” affected the Old Baptist’s more then than now; however, the underlying tenets of a doctrine based on works has affected God’s people since the days of Christ to the present hour. Each disciple should know how to detect a works system of doctrine and defend against it in the minds. Elder Paine’s writing will assist in that.

For many, the most notable thing about Elder Paine is his dying words, “O how sweet to die.” Most hymnals published after his decease include the song written by Br. A. N. Whitten, inspired by those dying words. His confidence when facing death, and the sentiments of the hymn have been a source of great comfort to many of God’s people.

We at Worship the King are happy to bring these writings to the Old Baptist’s once again.

There are no reviews yet.

Be the first to review “The Writings of Elder S. A. Paine” Cancel reply 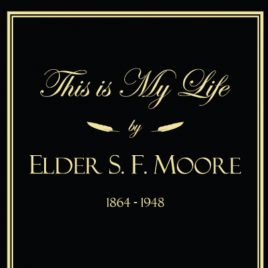 This is My Life Elder S. F. Moore led a very interesting and mobile life, ministering to the people of God from Florida to California. He was present for the constitution of the church near Fremont, CA, known as Golden … Continued